Mobilization for WWI altered the lives of millions of civilians.  Describe the impact on the American society to three of the following: 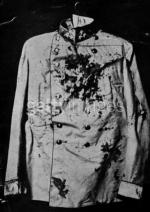