Pg. 6 Growth US at mid-city = growth + negative consequences for some

·         “You cannot expect to develop your resources without a general system of popular education; it is the lever to all permanent improvement.”

·         “Intelligent laborers can add much more to the capital employed in a business than there who are ignorant.”

Pg. 37 Slavery as an institution

Pg. 40 The differences between North and South, especially the types of people

Ch2 “Mexico Will Poison Us”

Pg. 47 Polk presided over the acquisition of more territory than any other president in American History

Pg. 51 Emerson:  “The United States will conquer Mexico, but it will be as the man swallows the arsenic which brings him down in turn, Mexico will poison us.”

Pg. 55 Free Soilers Question: What are their beliefs?

Pg. 56 “Southern View”  “Slavery is a positive good” not a necessary evil

Pg. 68) Lots of problems in House over political leadership

Pg. 69) The South wanted a compromise or threats to Dis-Union

The Last Big One with the Triumvirate

Pg. 71) Daniel Webster-
- "I wish to speak today, not as a Massachusetts man, nor as a northern man, but as an American. I speak today for the preservation of the union. Hope me for my cause...."

M Fillmore takes over N. Mex and CA- are applying for statehood.

Chapter 3 “An Empire for Slavery”

5% manufactured in the south

Skim to page 116, the read about the Ostend manifesto,

William Walker is an interesting story of a filibuster

Slavery as a Cancer 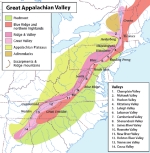